Indigenous knowledge and cognitive justice: Towards the co-production of knowledge.

These three academics asked a central question “How do we do justice to the diversity of knowledge in the curriculum?” 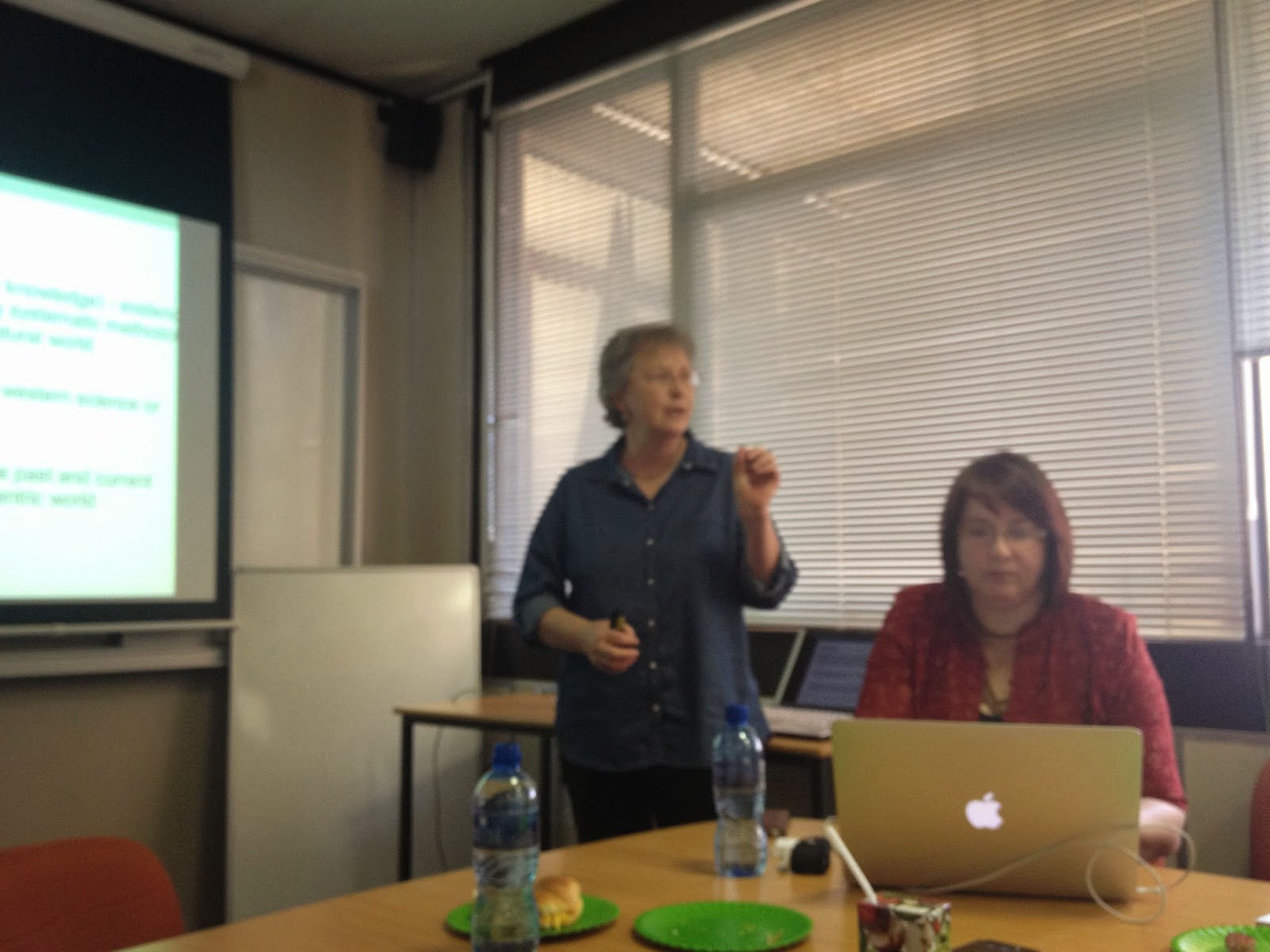 Thea dealt with the concepts related to indigenous knowledge and Gert spoke on the issue of cognitive justice, while Carina related the two to classroom practice. She explained all the concepts and how they can be applied to teaching.  Thea alluded to the fact that our knowledge and networks of our environment are important in order for us to make sense and understand the social world. The example she gave was that we all have similar brains and we therefore confront similar challenges in the same way. She stated two reasons for her interest in indigenous knowledge and those were; firstly, the politicization of indigenous groups and indigenous rights; secondly, the practical development agenda, which is linked to questions of  emancipation. 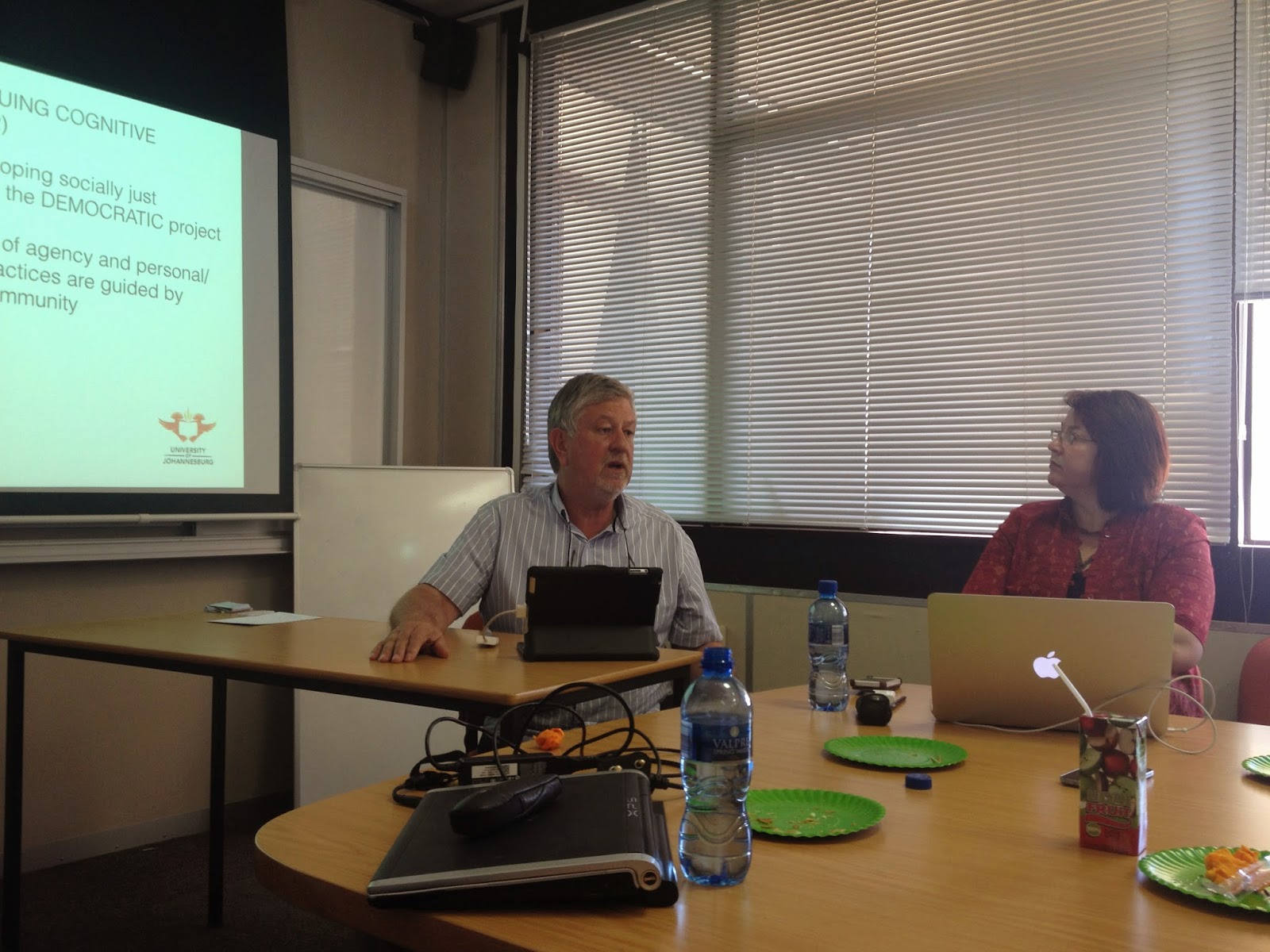 Gert continued  the discussion from where Thea left off and spoke about cognitive justice, emphasizing the fact that there are so many reasons to take this into cognizance in teaching and learning practices. He argued that academics are not changing the way they teach and that they are still doing what was done in the past 20 years without considering the fact that a lot of things have changed. He therefore suggested that the University of Johannesburg (UJ) has to transform the curriculum in order to be able to meet its vision (An international university of choice, anchored in Africa, dynamically shaping the future) and mission (Inspiring its community to transform and serve humanity through innovation and the collaborative pursuit of knowledge).

He also acknowledged that curriculum change would not come without any disruptions. He further suggested that  the UJ community has to problematize our own sense of agency, and the fact that  academics are choosing the content without being accountable to anyone else. He drew a lot from Visvanathan (2011) who argues,  “The survival of knowledge and how some of the knowledge are downgraded and unrecognized and that such knowledge should be given a right and not marginalized”. Gert further argued that academics need to recognize the plurality of knowledge and allow the different forms of knowledge to co-exist without duress. He concluded by drawing attention to the SAGE book titled "Indigenous knowledge and research methodologies" by Bagele Chilisa, which he said is a good source for academics to think about their roles as intellectuals as well as the research they do and how this impacts on teaching and learning. 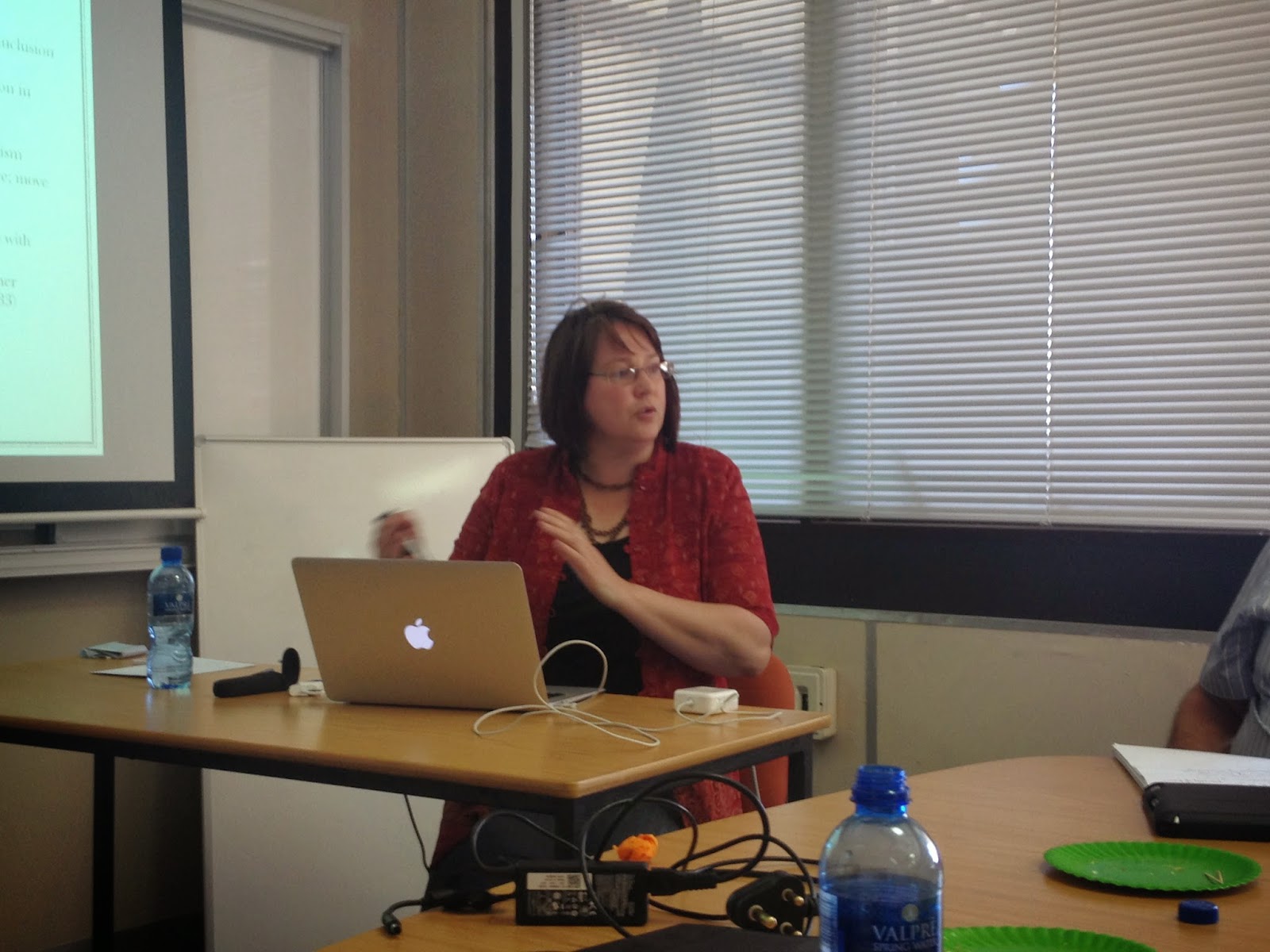 Carina then brought the practical part to the talk on indigenous knowledge and cognitive justice as she talked about co-production of knowledge. She drew a lot from Lesley Green (2008) from the University of Cape Town, who argued, “Knowledge is contextual and emanates from culture and background that it is produced and reproduced”. Carina’s argument is about how knowledge is generated and transformed and not just about the actual knowledge content. She asked a question about how the principles of cognitive justice could be practiced. She further suggested that horizons need to be pushed further in order to stop perpetuating binaries. She said knowledge is not an acquisition of unmediated facts, but a multiple process of knowledge making with a strong idea of the participation of all the stakeholders rather than working in isolation. The overall message was to say that academics should think about asking the “ How” to teach rather than the “What” to teach, which is the capacity to generate and apply knowledge….

She highlighted the difference between the ontology and epistemology of knowledge. She then concluded by acknowledging that there is no individual ownership of indigenous knowledge but a collective one. The students’ expectations need to be taken into consideration in order to promote the UJ teaching and learning philosophy, which is 'learning to be' as opposed to 'learning about'. The slides are provided below. 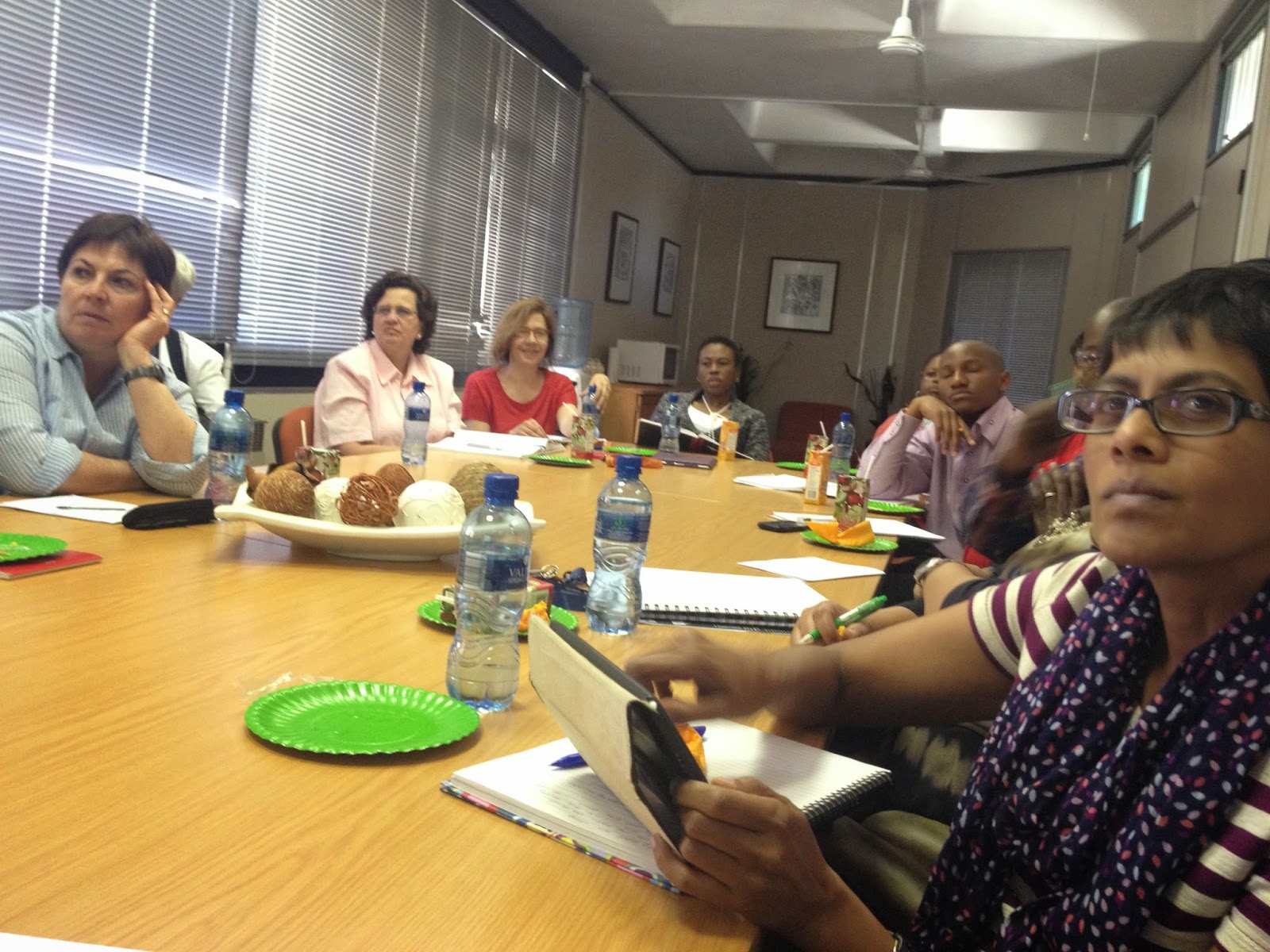 
Indigenous knowledge and cognitive justice: Towards a co-production of knowledges (Part 3) from Carina van Rooyen